When faced with many of the big issues that need changing in our world, we often feel inadequate.  However, we needn’t feel that we can’t make a difference.  I first saw the picture below in a church in former East Berlin, when those who came to and from church were observed and photographed by the secret service based at the top of a nearby apartment block.  It reads “Many small people taking steps in many small places can change the history of the world“. 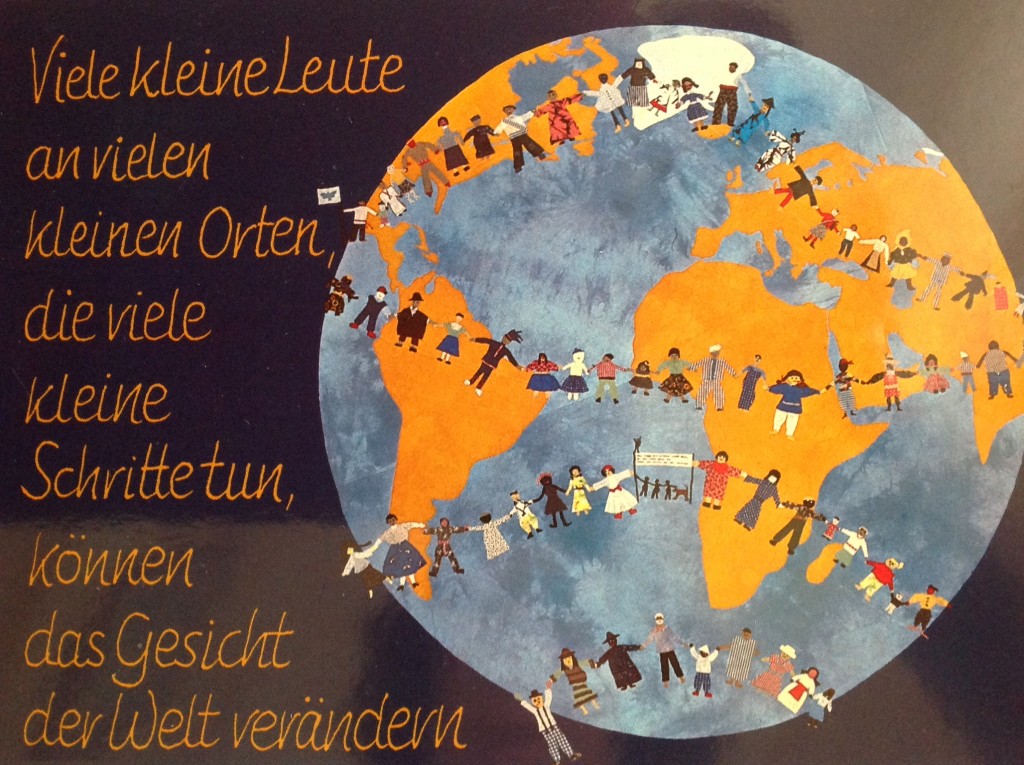