It was Father’s Day yesterday.  Like Mothering Sunday, it’s a day which either brings warm, fuzzy feelings, or it’s something we’d rather avoid thinking about for one reason or another,

For me this year, it’s so close to my father’s death that I’m not sure what I think about it.  I do know, though, that I’ve appreciated the two companies who’ve offered the chance to opt out of Father’s Day marketing emails – oh that more businesses would do this for both Father’s Day and Mothering Sunday.  That would help so many people.  I also know that I enjoyed eating a Toblerone yesterday evening – I’ve bought my Dad one of those for more Father’s Days (and Christmases) than I can remember, so I bought myself one this year to enjoy and remember him by – an  alternative to toasting his memory.

But whatever we think of Father’s Day, and however we feel about our own father, there’s a lot we can all learn from four Biblical fathers:-

Abraham: Counted as the father of faith and revered in Judaism, Islam and Christianity, Abraham trusted God’s promises.  Despite human signs to the contrary, Abraham went forward in confidence that God could accomplish, through him, a benefit for all of the world.

Joseph:  He married Mary, despite the unusual circumstances of her pregnancy.  Joseph dared to be unconventional because he trusted that God was working through both Mary and him.

Jairus:  When his daughter was dying, even though rich and famous, he fell at Jesus’ his feet and begged Jesus to heal her.  Jairus humbled himself for the sake of his daughter.

The father of the Prodigal Son:  One of his two sons went astray.  The one who went astray discovered that his father’s care came to him even when he’d run away from it; whilst the other son struggled to understand such extravagant love in the face of his brother’s failures and his own faithfulness.  The father, like God, never gave up on either of his children.

So at this time, as well as giving thanks for our own fathers if we are able to, let’s remember and give thanks for the example of dedication and faithfulness of these Biblical fathers.  No matter what sort of earthly family we’re born into, they can teach us a lot about the unconditional and never-ending love that God has for each of us; God the first, last, and greatest father of all. 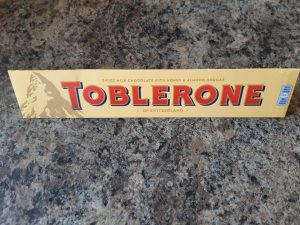