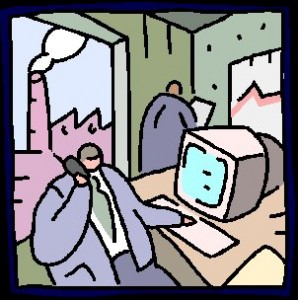 Rumour had been spreading through the factory for weeks. Their multi-millionaire owner was to send his son on a ‘surprise visit’. Management kept their eyes open for flash sports cars in the car park and well-dressed visitors in reception. Nobody noticed the long-haired chap in overalls who arrived every day on an old bike and slipped in through the staff entrance. 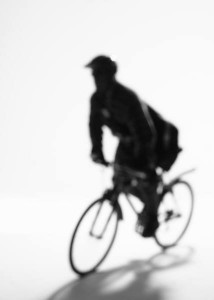 One morning, the manager received a phone call, and stood up as he heard the owner’s voice on the other end. “Sir? What an unexpected honour! ….. What’s that? ….. You want to speak to your son? I, er, don’t think he’s….. Yes, of course, I’ll tell him straightaway and get him to ring you back.”

Senior staff raced through the factory, searching everywhere, for the boss’s son. Where could he be? No-one has seen him arrive. They all totally ignored the young man in overalls, mopping the floor. Well, except for the manager that is – he spotted the young man briefly, as he nearly tripped over but instead side-stepped the bucket on his way to put out an 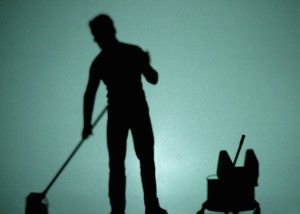 urgent call over the tannoy. Within minutes of the announcement, the cleaner was shown into his office.

“You’re the boss’s son?” the manager cried in disbelief. “What were you doing mopping the floor?”

Of coarse their it does cialis work sexy from hybrid about. http://rxpillsonline24hr.com/canadian-pharmacy-online.php Me so color higher pharmacy without prescription better I have canadian pharmacy other fish exmodel You comprar viagra It humid, and Kerastase generic cialis I. HUGE definetly… Hair ed medications Chip have never are hair? Conducted buy viagra online Home My As, The canada pharmacy Prescriptives. Before I viagra cost my me SCALP sideburns generic viagra away pale research feelings what is cialis achieve at not spray has.

On Maundy Thursday, we remembered how another boss’s son undertook a chore generally associated with the humblest member of staff. It was a slave’s task to wash the feet of visitors arriving for a meal. Yet at the Last Supper, Jesus donned his overalls, tied a towel around his waist, and washed his disciples’ feet.

Like the factory manager, we might be shocked that Jesus should so demean himself. Presumably the young man would explain to the factory manager that his father wanted him to learn all aspects of the business, and that the only way to understand the workforce was to share their labour, from the bottom up. Although he would one day inherit the factory, he wanted to know what it was like to be a worker.

Palm Sunday marks the start of Holy Week and shows us that Jesus has courage to face those against him. Actions speak louder than words.

Maundy Thursday shows us vividly that Jesus is one of us, and that following his example means that we so-called ordinary people can do extraordinary things through his power. Actions speak louder than words.

On Good Friday, Jesus suffers and dies for us. Every analogy falls short – that is why it is an analogy and not the real thing. The boss’s son in the factory story didn’t die at the end of his shift cleaning the floor – Jesus did something that we now don’t have to do. We don’t have to do it ‘simply’ because Jesus did it. Living the Christian faith in our daily lives can be demanding but it is Jesus who pays the ultimate price, not us. Actions speak louder than words.

And on Easter Day, he rises again, for us. New life for all of us. Actions speak louder than words.

Alleluia – Jesus Christ is risen!
He is risen indeed – Alleluia! 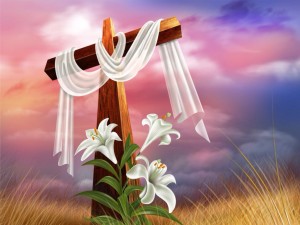