This coming week is full of ‘red letter days’.  Tuesday is the Queen’s birthday, Thursday is St George’s Day, and Saturday is St Mark’s Day.  Thursday and Friday also mark the start of Ramadan – a really important time for Muslims.

Calling special days ‘red letter days’ is an ancient tradition – dating back to at least 509BC when Roman calendars marked important days in red.  Medieval manuscripts also had important words written in red ink.  And today, many calendars and diaries still show special dates and festivals in red instead of black.  Red-letter days are meant to be memorable – days of special significance to remember and treasure.  How often do you have a red letter day?

I ask this at a time when for many people days are blending into one – either because they’re so overworked that it’s hard to remember what day it is, or because being stuck at home in lockdown means that everyday feels the same.  I know that several times recently I’ve had to ask myself “what day is it?”

At the moment, we can’t go out to celebrate special days, but that doesn’t mean they shouldn’t be marked in some way.  We all need the special in our lives just as much as we need routine.  In these strange times, they’re probably both even more important than usual.  Like lots of things, this is probably easier to say than to do – but rhythm in life is important.

All the major faith groups have a concept of what Christians and Jews call Sabbath.  This is the idea that you work 6 days but on the 7th you should rest.  When the days are all blending into one, this becomes even more important.  So, why not fix one day per week that’s different?  It can be any day that you want – or if you’re really pushed, then part of a day will be better than nothing.  We all need some time that’s special, some time that’s just for us to do with as we want – ‘me time’ as it’s become known.

One story told about Susanna Wesley relates to this.  She was mother of 19 children including John and Charles, the famous Lincolnshire born hymn writers – John was the 15th and Charles the 18th child.  With such a large family she struggled to find time for herself and for God.  So she developed a habit of pulling her apron over her head when she needed time with God.  When her children saw the apron go over her head, they knew to leave her alone!

Have you noticed that footballers often pull their shirts over their heads when they score a goal?  I’ve often wondered why…..  Yes, it’s part of their celebrations, but perhaps it’s a way of getting away from the cheering crowds for a few seconds and ‘being alone’ in a special moment…..?

We might not throw a pinny or football shirt over our head, but we all need to take time alone, whether to be alone with God and also to be alone with ourselves.  We need to mark in red in our diary time to do something special for ourselves.  Whether it’s for prayer or meditation, time talking with someone you love or who makes you feel good, time spent on a hobby which energizes you, time spent playing like you used to as a child, or time spent allowing your mind to wander creatively.  Red letter days are important – make sure you have some on a regular basis! 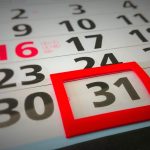 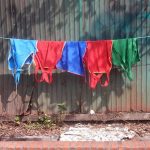 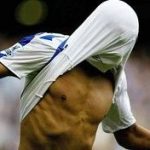